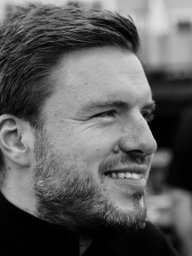 forthcoming in May 2023:
Florian Fuchs, Civic Storytelling: The Rise of Short Forms and the Agency of Literature, 320 pages, Zone Books, New York

This book recalibrates literature’s political role for the 21st century by excavating the deep history of storytelling as a civic agency. From Aristotle to Arendt and from the novella to the video story, short narrative forms hence become tangible as active vectors that enable and radically modulate the ontology of human encounters.

“Civic Storytelling lays bare the complex legacies and persistent powers of short narrative forms. Fuchs guides the reader with assurance and learning through fascinating moments in the history and theory of literature”
—Daniel Heller-Roazen, Princeton University

“Why has the novel stolen so much attention from the equally robust lineage of short forms? In his erudite and wide-ranging alternate literary history, Florian Fuchs rebalances accounts, revealing a long backdrop to our data floods and snippet reading. Short forms do not lead us out of the world, but into full engagement with it; they are the democratic media of the commons.”
—John Durham Peters, Yale University

“Civic Storytelling is a timely intervention in our age of debates about fact and fiction. Drawing on Hannah Arendt’s idea of enacted stories, Florian Fuchs makes a convincing case for the particular cognitive productivity of short narratives.”
—Eva Geulen, Humboldt University Berlin and ZfL Berlin

My primary fields of research are comparative literature, media studies, art history, and environmental humanities. I work on material from the 16th to the 21st century.

My current project Theory Films: The Visual Afterlife of Theoretical Discursivity is studying the use of moving images and videography as a theoretical medium, reflecting a shift since the 1960s from textual culture to visual culture. I argue that “theory films” are structured more closed-ended than essay films, while including more experimental and scientific footage than documentary films. I am especially interested in the film & text corpora of Georges Bataille, Jean Rouch, Harun Farocki, Laura Mulvey/Peter Wollen, Trinh Minh-ha, Hito Steyerl, and others.

I also work on a side project about the archaeology of the personal device (badges, devices, imprese, talismans…) during the emergence of personhood in the early modern period.

I completed my PhD in 2017 at Yale University, and spent the year 2013-2014 with a Mellon Fellowship in the “Technologies of Knowledge” program for the integrated humanities. 2017-18 I was a Lector of Germanic Languages and Literatures at Yale University, and 2018-21 a Postdoc in German and Comparative Literature at Princeton University. From 2021-22 I was a Junior Fellow at the Dahlem Humanities Center at Freie Universität Berlin and from April to October 2022 a Fellow at the Institute for Advanced Study in the Humanities in Essen, Germany.

Since October 2022, I am a Research Postdoc in the DFG-funded EXC 2020 “Temporal Communities: Doing Literature in a Global Perspective” at Freie Universität Berlin. I also teach seminars at the Peter Szondi Institute for Comparative Literature, FU Berlin.